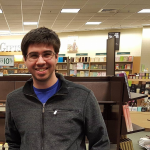 Dylan joined Irving Levin in October 2018 as a Research and Editorial Associate and is responsible for reporting on mergers and acquisitions in the healthcare sector. He graduated from Alfred University in May 2014 with a degree in English and Political Science. He currently lives in Bridgeport, CT with his fiancé and his overweight cat, Kimba, and in his free time he plays video games, reads, writes, and hikes on the weekends all year around.

Amid Headwinds and Competition, Health Systems Look to New Markets in 2023

Hospitals and health systems have a complicated path ahead of them in 2023. Headwinds such as inflation, labor issues and operational costs have hit the industry hard, and M&A activity over the past two years has stagnated. Preliminary numbers from 2022 show that... Read More »

A recently published National Hospital Flash Report from Kaufman Hall found that median hospital margins remained negative for 2022. The report was published on January 4, 2023, and tracked data up to December 2022.  According to the report, hospital margins hit a low... Read More »

One of Ohio’s major health systems has further expanded its reach in the state. In December, OhioHealth finalized negotiations with Van Wert Health and Guernsey Health Systems and added both systems under its banner. The deals add two hospitals, more than 100 beds and... Read More »

Healthcare M&A Activity Hit Record High in 2022: A Look at the Deals and Market Trends

Despite headwinds, the healthcare M&A market thrived in 2022. Preliminary results reveal that deal activity hit a historic high of 2,409 deals, breaking the record set in 2021 by more than 150 transactions, according to data captured in our LevinPro HC database.... Read More »