Health care merger and acquisition activity in the first quarter of 2018 kept pace with the previous quarter in 2017. Compared with the fourth quarter of 2017, deal volume increased 1%, to 386 transactions. 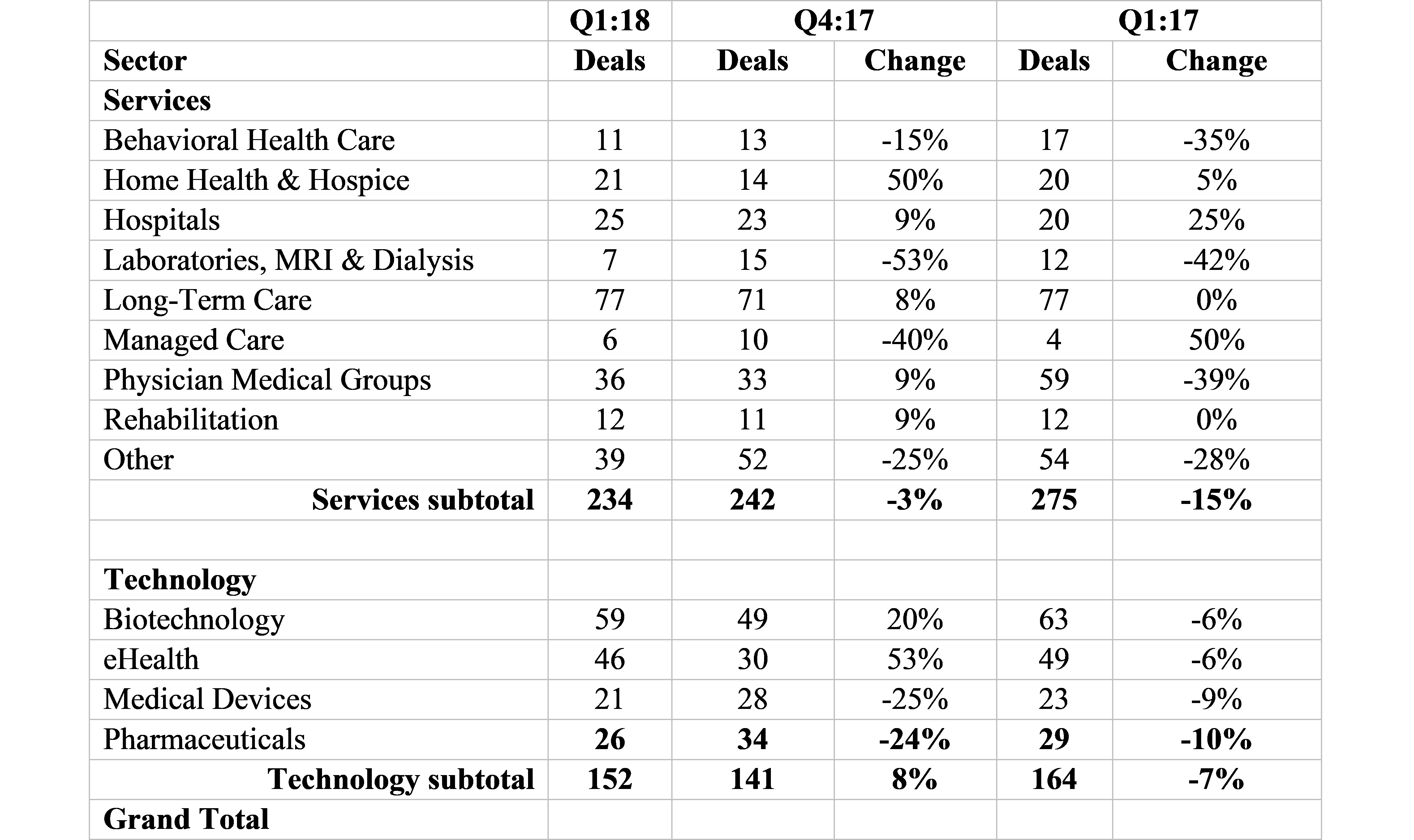 Health care services represented 61% of the first quarter’s transaction total, lower than the 62% share reported in the previous quarter and the year-ago quarter (both 63%). The slight decrease is due to starkly lower M&A activity in four of the services sectors, Laboratories, MRI & Dialysis (-53%), Managed Care (-40%), Other Services (-25%) and Behavioral Health Care (-15%), versus the previous quarter.

Those losses were offset by a 50% increase in deal activity in the Home Health & Hospice sector, and modest increases in the Hospital, Physician Medical Groups and Rehabilitation sectors (all +9%). The Long-Term Care sector, which has seen a marked decrease in deal making in some sub-sectors, managed to increase 8% in Q1:18.

On the technology side, transaction growth was strong in the Biotechnology (+20%) and eHealth (+53%) sectors, compared with the previous quarter. However, M&A activity in both sectors was lower than the year-ago quarter, down 6% in both sectors. The Medical Devices and Pharmaceuticals sectors were markedly lower compared with the fourth quarter, down 25% and 24%, respectively.

The real disruption in 2018 could come from the talks between retail giant Walmart and Humana, reported in March 2018 by The Wall Street Journal. “If that deal closes, U.S. healthcare becomes a retail product, and delivery of non-urgent care moves from the emergency room to Main Street,” Phillips added.