A total of $30.4 billion was spent to fund the 435 transactions reported in Q3:18, based on disclosed prices. The Hospital sector dominated the dollar side of deal making for the first time since 2013, accounting for 27% ($8.2 billion) of spending.

A single deal accounted for 68% of the Hospital sector’s total, as RCCH HealthCare Partners, a portfolio company of Apollo Global Management, took LifePoint Health (NASDAQ: LPNT) private in a $5.6 billion deal. As the largest deal announced during the quarter, it accounted for just 18% of the $30.4 billion total.

The Other Services sector made up 16% ($4.8 billion) of spending in the third quarter. Two deals helped to put this sector on the upper end of the spending scale, beginning with UnitedHealth Group’s (NYSE: UNH) $2.5 billion acquisition of Genoa Healthcare and Federal Street Acquisition Corp.’s $1.74 billion deal for Universal Hospital Services. 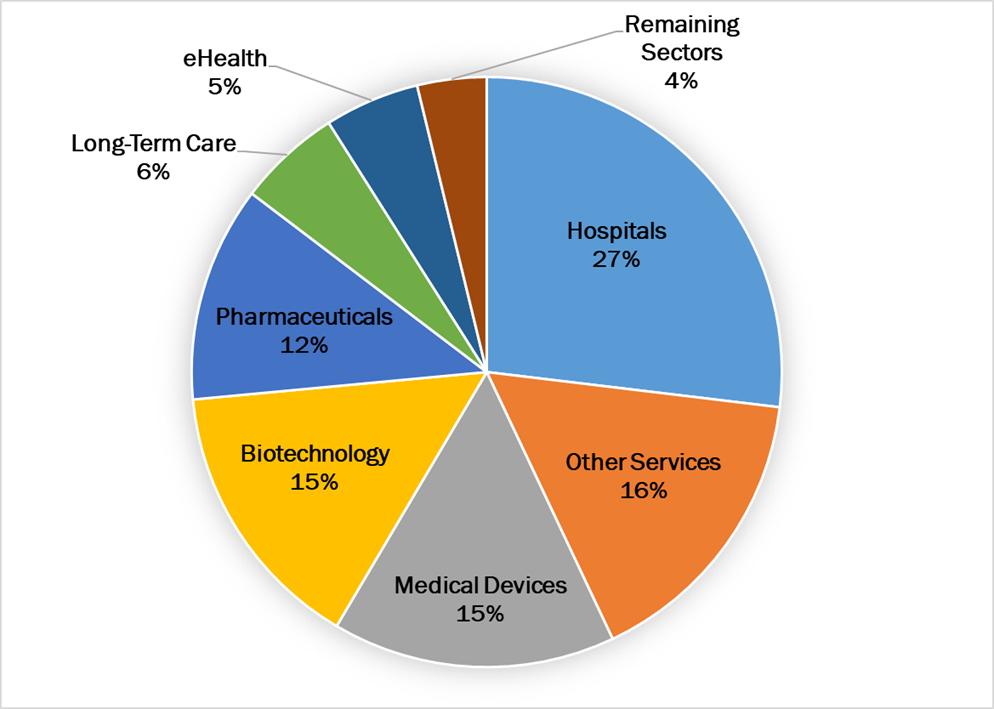