June was a gentle month for deal making. As the first month of summer, preliminary data shows a slight drop in deal volume for the month, compared with a busier May. Investors seem to be taking the adage “Buy in May and go away” seriously.

Long-Term Care deals, which typically make up the greatest share of monthly volume, were down to just 22 transactions (18% share) compared with 35 in the previous month. That’s the way the second quarter played out in this sector, with April deal volume spiking to the high 40s, then gradually trailing off in May and June.

The Physician Medical Group sector was going stronger than ever, however. Thirteen transactions were announced in Juen, compared with 10 in May and 11 the year before. Spending in this sector was also high, $10 billion, thanks to KKR & Co.‘s (NYSE: KKR) $9.9 billion takeover of Envision Healthcare (NYSE: EVHC). 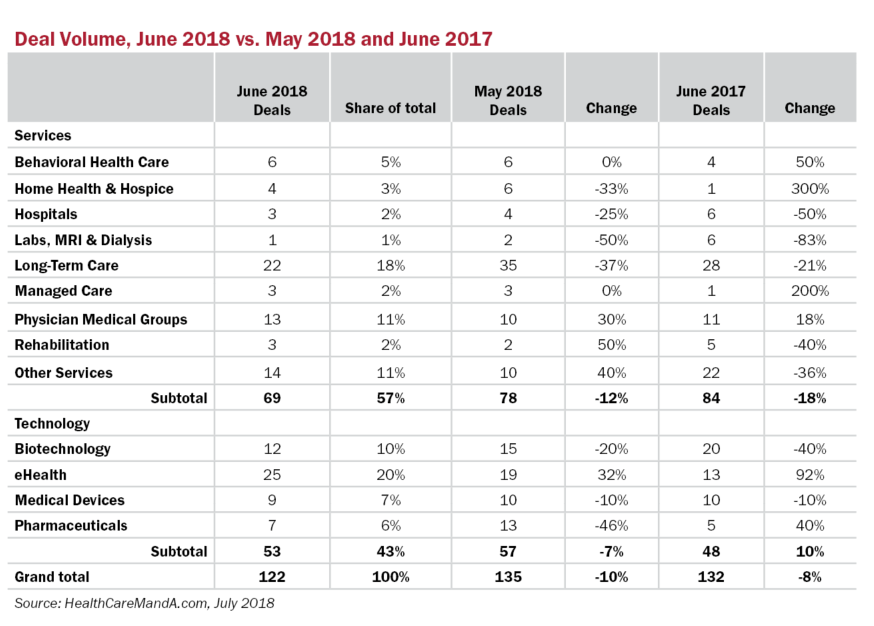